Re: How to Mirror Your Screen To A TV - ZTE Blade Z MAX

Hello! I've been trying to get my Z982 to cast onto my TV. I don't think it's a smart tv but I've watched a few how to videos & have bought HDMI cables & an HDMI to type C adapter. I've got the HDMI plugged into the slot on my TV & chosen the correct source but nothing works. When I choose cast it says there are no devices. I've also got a new Fire Stick & can't figure out if that would work. I don't have wifi or internet at home bc it's so expensive where I live & the connection sucks. I've got great cell service though. I also have a hotspot with Metro that works great on my firestick but it uses it up very fast. Can you offer any help or advice? Many thanks! My email us [email protected]

The move to Facebook goes along with everything else. ZTE is dead in the US. I predict we'll see nothing but low-end (maybe mid) contract devices for carriers. ZTE has never gotten a foothold in the unlocked space and and even if the Axon 7 was on the way to doing so, the behavior or executive management got them the ban which stopped that progress. The Axon 10 Pro never gained traction and now that it is dead in the water anyone that knows anything (which are the people that buy unlocked phones) will not buy ZTE again after getting burned on updates, again.

With that context moving to Facebook is absolutely appropriate. Your friend who gets a ZTE phone from Visible or Boost is more likely to go looking on Facebook for help than they are in customer forums.

TL;DR: ZTE is dead for enthusiasts in the US. It is now a brand for pre-paid phone users who take the "free" phones from those carriers. 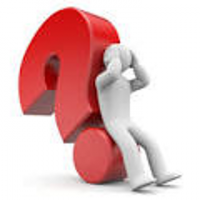 Still think ZTE should have just out out a Android One device so people got their promised software updates. They have proven time and time again they can't stay committed even if they start off well or have the best intentions. They make such great hardware but are always lacking in software. Their software has come a long way thanks to input of the community. But they never really took a lot of the advice and lack of sales and rolling back of support for the community shows yet again, they are not serious enough about this market. Brett and Sam were the ones to push a lot of ideas forward and that is obviously gone now. The move to Facebook will just turn into posts and likes and no real community. Turning off the community just seems like a cost cutting measure. 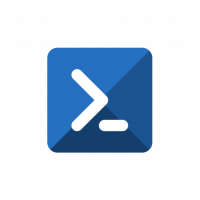 I was here literally 23/7 for years and was one of the most loyal fans. I am heartbroken that this is the direction ZTE has taken. I think most will agree that this is a mistake as was letting @sshasan and @Aerospaceman go. I had been torn between saying nothing or speaking up and at this point it's irrelevant.

@peterruffo If you haven't seen some of zcommunity's videos or even our earlier posts maybe you should. ZTE made you the fall guy...

That's what zcommunity is about to it's members and many of us believed that ZTE felt the same. This move to Facebook isn't about coming together to support and troubleshoot the ZTE devices we love. It's about ZTE cutting corners, dropping out on promises, and trying to move members from here to Facebook to be able to push new devices. 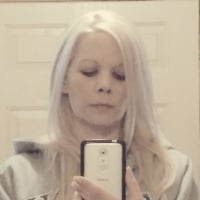 It'll be sad leaving this community behind. I've been here since the very beginning. But I'll definitely be on the Facebook community as well.

I wonder it would be possible for ZTE to download all forum data on the last day, before the move, or if allowed, an image of the server instance. It is always good to keep a copy whenever changing platforms, and depending on how the backups are offered, it can even allow for an internal interactive archive if someone at the company wants to run a local archive in a VM.

I just checked out the page, it needs a bit of an update, lol.

chuckbort
1
Hey! You will be signed out in 60 seconds due to inactivity. Click here to continue using the site.