MicroSD cards are sometimes tough to handle and easy to lose, yet Samsung just fit 256 gigabytes of flash storage in a card just as small. Thumbnail physical size storage with full storage capacity of an entry level Mac or PC.

Flash-storage technology is a faster way to access files over traditional hard drives and storage devices, and while there are some cameras with built-in flash, these latest cards are the first to feature the speed of flash in a removable device. With the resolution of cameras on the rise and 360-degree video slowly creeping into the consumer market, that speed (and high capacity) could be in high demand for cameras as well as smartphones.

The UFS cards, available in sizes from 32GB to 256GB, have speedy read speeds of up to 530 megabytes per second, which sits about five times higher than the UHS-1 MicroSD cards, the previous speed champs for tiny storage. 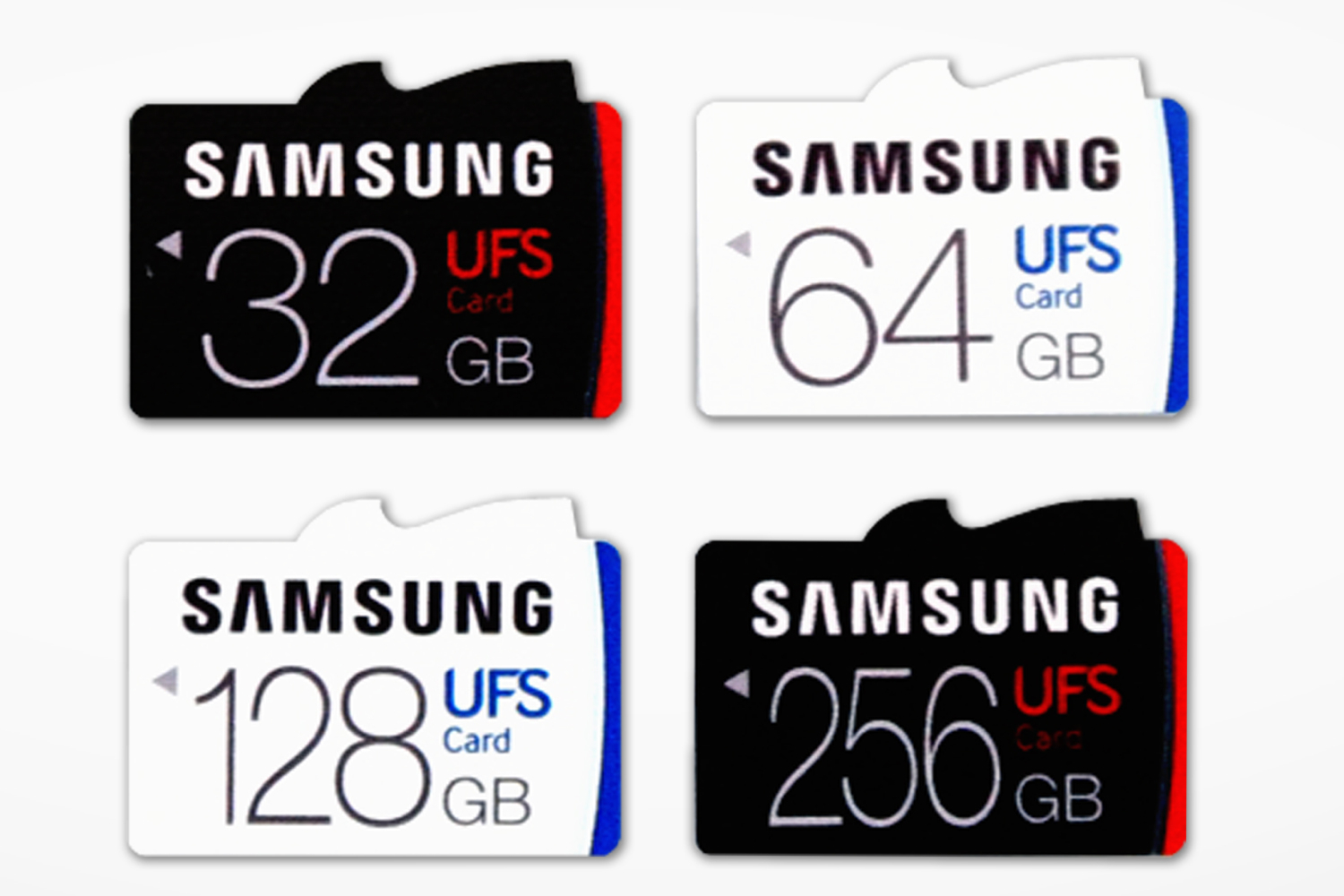 The only manufacturer Samsung, states a 5GB HD video will preview in about ten seconds, compared to about 50 on a fast MicroSD.

There may be a wait before actually getting and seeing these cards in action.  UFS Cards are about the size of a MicroSD, but the metal contacts on the back are a little dissimilar.   While MicroSD cards have the metal contacts on the top edge, Samsung’s UFS have an array of them in the middle making them more than likely not be compatible with current MicroSD devices.

Samsung was also the first to introduce built-in UFS chips inside their Galaxy phones a year ago, and expanded that capacity to 256GB earlier this year.

At the moment this appears to be scaled for the propriety side of the spectrum but as devices change and upgrade the possibility may present itself and be truly universal.

It does seem though we may have a new storage protocol at least for portable mini storage in the near future.

What are your thoughts?