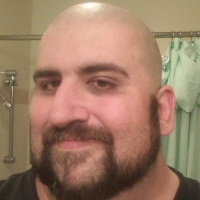 I bought a Doorbuster special VR headset at JC Penny today... 22 minutes after it was supposed to end. 25 dollar dream visipn, dream360.com. it says up to 6 inches and I have a ZTE MAX XL 6". it fits, barely. but in the direction I need to put it in to access the integral audio buds, the speaker and volume buttons are on the bottom. I thought it would be as simple as grinding down the bottom plate with my dremel, but it seems to really want to be in the other orientation, with buttons up, with the volume cable not far enough to reach. also closing the top of the case hits the off button and volume at the same time to send it into reset mode. At least reversed I can shield the buttons from getting pressed, but still the magnetic button thingie doesn't work due to not being the right vr for the phone and the rightg orientation. I ordered a vr controller for bluetooth, so I might be able to make it work with some apps, in the bottom button down orientation, ignoring the defuct magnet button. Has anyone tried to get this model phone working with this headset? I payed 10 dollars for it, so I am not upset if Ican't get it to work. I'll relegate the next in line to my old phones from my drawer to be a wifi vr phone. lol. but I really wanna get the MAX XL to work with it. Any ideas?