Why didn't ZTE release the Android Oreo beta to everybody for the Axon 7? 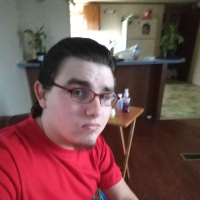 I'm going to refer to the question why didn't the ZTE release the Android Oreo beta to everybody for the axon 7? As this is the final update for the ZTE axon 7 (which we truly don't know ZTE could surprise us with the 8.1 minor bump) why did they not release it to everyone? I feel that everybody should have had a fair shot at trying out the beta and giving their feedback! That would severely help with any bugs in the beta so when the final one is released it could hopefully be near perfect! Now I understand somebody will probably think "but not everybody is going to do a daily update!" well more than what they have signed up for the beta testers will! To me it just makes no sense as to why they would not do this because it is a final update (maybe) and me personally I would have loved to try the beta! I signed up for it and I have no problem giving an hour or more daily of feedback and bugs! So I want to hear your opinions that's why I'm asking the question so why didn't the ZTE release the Android Oreo beta to everybody for the axon 7?