Can anyone tell me why the Blade Max View is over $200 more expensive than the Blade Z Max? 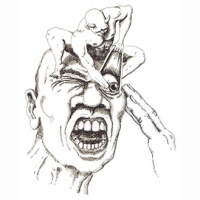 My beloved ZMax Pro has finally crapped out on me and I'm looking to replace it, and according to phonearena.com , the specs between the View and the Blade are nearly identical. In fact, the only real difference I can see is that the View was released almost a year to the day after the Blad. I'm not understanding the reason for the huge difference in price.

Here are the specs: