How to delete widgets on ZTE Max phone 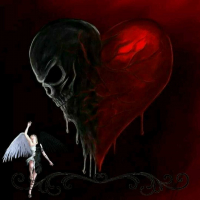 Been told to long press widget and move it to trash can icon. Except when I did that multiple times no trash can icon appeared and I've got alot of them and phones dragging bad. Any help would be greatly appreciated