Why did ZTE choose the name Quartz? 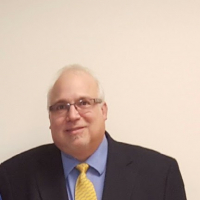 I am enjoying this watch more and more as I get to know it. One thing that I've been wondering about is the name of the watch. Why did ZTE choose the name "Quartz"?  I was born in the mid fifties, so I have had wind up watches, auto wind up, early battery watches by Accutron including the "Spaceview",  Pulsars with red LED readouts,The Citizen Eco Drive, The Pebble. You name it I had one.   Sometime in the early seventies the Quartz mechanism came out and watch makers of all kinds began to use it.  You would see "Quartz" on just about every watch, cheap or expensive.  Without checking on google, from what I can remember, actual quartz stone was used, electrically charged which would vibrate at a certain frequency and that would run a watch, Am I right?  So, you see, I as a consumer who associates the word Quartz as 40 plus years old technology.  I really do not know if today's watches still used the quartz technology.   For years it was considered the most accurate.  So why pick the name Quartz now?  I'm curious.