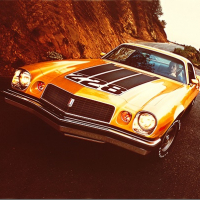 I would like to start by saying that this is purely speculation and educated inferences based on how events have transpired with ZTE over the last year. This is not fact, but I do believe in what I am about to write.

Contrary to what users like "ggreg" have stated, I believe with great certainty that the A2017U will receive Android Oreo sometime between December 25th and December 31st. Here is why:

Anyway, this was just my two cents. I eagerly await the Oreo update so I can apply system-wide themes from the stock ROM without root, assuming they didn't remove that feature.

On a side note, if I am correct, does anyone else think it's kind of silly that ZTE releases some updates at the end of the month, almost as if to say they're trying to be timely when realistically they come a bit late for what they are? I imagine they'd use an argument like: "we gave A2017G users the June Security patch in June," even though it was released on the 29th, or "the August Security Patch in August for American users" even though it was August 31st, a few days before the September patch could be released. I'm not complaining, just observing,