One of the easiest ways to get better video capture quality, is to use a camera app which allows for on-demand auto focus. The reason for this, is because regardless of camera, auto focus is never perfect with significant motion is involved, this is because it is difficult for auto focus systems to differentiate between something being out of focus, and motion blur.

One application that I recommend for better video capture is Open Camera. It is ad-free, open source, and while the UI is minimalistic, it offers a great deal of control for video capture.

Recommended setup for video capture:
When you first launch the Open Camera, it will start in photo mode, which is my opinion, does not perform as well as the stock ZTE camera app when it comes to still images. The main goal in this tutorial, will be to configure it primarily for video capture.

2: Click on the gear icon to open the settings menu.

4: Change the video resolution to 4K Ultra HD, or if you prefer to use the largest a slightly wider aspect ratio, then 4096x2160 (though it will cause some letterboxing on 16:9 displays). 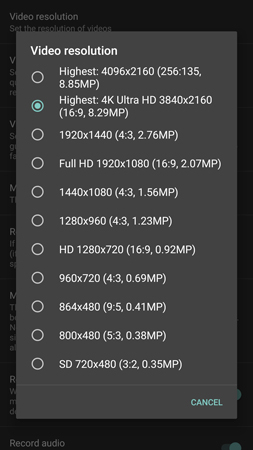 5: Head back to the main camera UI, and then click on the flash setting icon (Seems counterintuitive but they put the focus controls in that menu also for some reason).
6: Click on the icon that looks like a padlock with a letter F in the middle, that is the focus lock option.

Once you have done the above, you should be good to go with on demand auto focus.
The focus lock that Open Camera does, is similar to the behavior of back button focus on DSLRs, where the focusing is separated from the shutter release, and assigned focus button only activates when pushed, and for 1 focus acquisition before it locks.
The focus lock on Open Camera will lock the focus, but override that lock for a single focus event when you tap to focus. This means that when you are recording video, if you are dealing with a scene where the subject you are recording is at a fixed distance, or does not change often, then you can avoid common issues such as focus hunting in the presence of motion blur, and take more control over when focus changes take place.

Here is an example video captured with Open Camera. 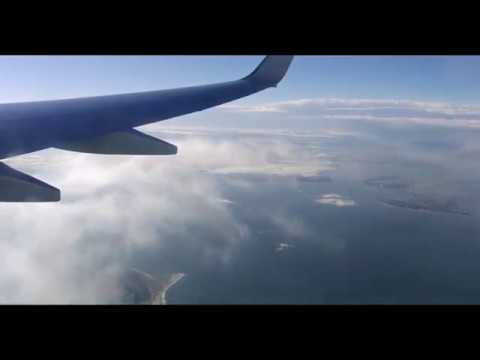 In this video, I started with the focus set onto the runway. With the stock camera app, the camera would occasionally switch focus to the dirt and water droplets on the window, but thanks to Open Camera, it was able to maintain focus on the run way.
Once the plane took off, and sufficient altitude was achieved, I focused on a different runway on the ground, and for good measure, I later focused on a bridge in the distance. Since there were only 2 focus adjustments during the video capture, the presence of focus racking was not really noticeable as they were overall subtle, and only done in spots where I know the focus system would have no trouble pulling focus. My main goal was to keep as much of the frame as sharp as possible, and by having full control over both where and when it attempted to focus, I was able to avoid the annoying auto focus behaviors that can sometimes happen when recording video.