sshasan Staff MemberUnited StatesPosts: 4,077 ✭✭✭✭✭✭✭✭
November 13, 2018 1:00PM in Blade MAX 2s
Certified and compatible for use on Boost Mobile, Virgin Mobile as well as the Sprint network, the Blade Max 2S is the perfect #BYOD to get the most out of your network. 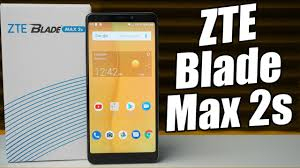