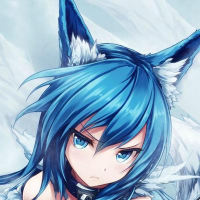 I'd like to start off by saying I absolutely LOVE the Axon 7, however hard it is to justify at the moment staying with the Axon 7 as I have been through 2 of them bout to get another one due to water damage on this one. My fault I know but it's also a fault of the lack of IP rating on the phone. The first Axon 7 was brand new and it had a bug on it that made it utterly useless, it had a bug that basically kept the "Radio" from coming on, ultimately disabling all networking, calls, and texts. Only thing that worked was Wi-Fi and Bluetooth. Couldn't even make a call to Emergency Services. Now, This second one doesn't have that. Second one got caught in heavy rain, soaked in my pocket motorcycle riding, I thought I put it in a waterproof pocket.

Now onto the discussion pointing fingers toward the marketing department, WHY would you discontinue making this phone, it is a FLAGSHIP phone which has HIGH ratings despite the bugs with users. The price point is spot on, the front speakers are a godsend that most if not all phone manufacturers have failed see that they are necessary. (except the Razer Phone 1 & 2, but they sound crappy compared to the Axon 7's. The Hydrogen Red ONE...well, its not even discussion worthy.) The HEADPHONE JACK (Phone manufacturers are getting ridiculous with this fad that getting rid of the jack is a good thing.) The Screen, not absolutely amazing but it looks great enough to me, one of the things that could have been apart of the successor's story. The RAM, perfect amount but could always fit more, 6 gigs is a safe amount now, The storage was great, granted I bought a 128 GB SD card and haven't even used 10 Gigs of it and have everything installed to the SD card as well. The camera, while not great, looked just fine to me. The ergonomics of the phone itself and the style, the material, was oh so sexy, all buttons on one side is absolutely loved by me, I love having all the buttons on one side.

Alright so now onto what SHOULD have been the successor of the Axon 7, (the Axon 9 is OK but it should not have been what came after the Axon 7, here's what should be happening and it is getting absolutely annoying that phone companies and car markets are doing. STOP REDESIGNING AND START UPGRADING. Fix the issues you currently have with the phone that got GREAT feedback, instead of redesigning it and falling way off track of what made the Axon 7 so GREAT. Same thing with cars, they keep redesigning instead of making them better the way they are, and somehow as well making the redesigns worse than the previous models. Now here is how the Axon 7's successor, the Axon 9, should have ended up looking/being like. The Axon 9 should have been nearly identical to the Axon 7, only it should have been updated to have better FRONT FACING speakers than it already has if possible, more RAM if possible, more storage if possible, higher battery life if possible, better camera front & back (which is possible), better screen if possible, WATER RESISTANCE/PROOFING, On-Screen Home, Back, and Tabs button instead of the physical ones to free up screen space when watching videos or viewing pictures. So much potential! Only to fall short and take a dip to downgrading. On top of you guys could have been legendary in my books for sticking to whats already great and only making it better. The Axon 7 was the best phone and still is compared to ANYTHING released recently, It checks all the boxes that I love in a phone, and probably many others and more boxes and they don't even know it.

I'm outta things to say, i'm probably wrong in some or a lot of it, I don't care, I said what I wanted to say.

Final word, Please, Come out with a better version of the Axon 7 instead of redesigning it to have less than the Axon 7 had. Even if the REAL successor you guys could come out with ends up being more expensive, as long as you guys are still competitive and not money hungry like you did with the Axon 7, I and many others will be happy. I'm thinking $800 to AT MOST IF ABSOLUTELY HAVE TO, $1,000. But that's not very competitive. Please, i'm begging you, (hate me if you want lol) #MAKEPHONESGREATAGAIN
1